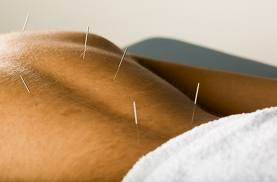 When it comes to treating ailments such as chronic pain, I definitely prefer nontoxic options to drugs and surgery. Americans use 80 percent of all the opioids sold worldwide1 — a testament to the pervasiveness of pain in this country — and with drug overdoses now being the ninth leading cause of death in the U.S., we clearly need safer alternatives.

Acupuncture is one such alternative. Research shows it can be an effective option for a number of health problems, but pain in particular. Contrary to allopathic, symptom-based medicine, acupuncture aims to eliminate the root cause of your problem, which is said to originate in a dysfunction in your body’s energetic meridian system.

Traditional Chinese medicine (TCM) views the body as a cohesive system where everything within it is interconnected. In other words, it recognizes that each part of your body has the ability to affect all other parts.

There are 14 major energy channels called meridians that flow through your body. An energy called qi (or chi) circulates along the meridians to all parts of your body, including the internal organs and every cell. This qi is the vital force that literally keeps us alive. Vibrant health is a result of balanced, unimpeded flow of energy through your body.

According to TCM, illness and pain are the byproducts of energy blockages somewhere along one or more meridians. Each acupuncture point along the meridian acts like a pass-through or gate. Energy can get “bottlenecked” in these points, slowing down the flow, sometimes to the point of standstill. This is the precursor to pain and illness.

By inserting a thin needle into the congested or “clogged” area, it opens the gate and allows the energy to flow again. With qi flowing smoothly, your body can re-regulate the flow of energy, repair itself and maintain its own optimal level of health. Herbs and other therapies such as guacha, cupping and moxibustion — the burning of herbs on or over the skin — can be used to support the healing.

In a 2012 analysis2,3 of 29 published studies involving more than 17,900 participants, researchers concluded that acupuncture has a definite effect in reducing chronic pain — more so than standard pain treatment. Real acupuncture also produced slightly better results than using sham needles, which suggests the benefits of needling are due to more than the placebo effect.

By going the extra mile and retrieving the raw data on self-reported pain, and standardizing the various study participants’ responses, they were also able to more accurately assess and compare them as a whole. Overall, the team discovered a “clear and robust” effect of acupuncture in the treatment of back pain, neck pain, shoulder pain, osteoarthritis and headaches.

“The effects of acupuncture are statistically significant and different from those of sham or placebo treatments … So we conclude that the effects aren’t due merely to the placebo effect.”

While there’s been a great deal of controversy as to whether or not acupuncture works “for real,” and if so, how, new research presents an answer to this question. The study5,6,7,8,9 in question was conducted by researchers at LA BioMed.10 The research laboratory has developed a noninvasive device capable of sampling biomolecules over specific skin regions.

Using this device, they were able to determine that when acupuncture is properly administered, nitric oxide (NO) is released at the “acupoints” — the acupuncture sites into which the needles are inserted. NO is a soluble gas that is continually produced from the amino acid L-arginine inside your cells. This gas plays an important role in supporting normal endothelial function and protecting your cells’ powerhouses, the mitochondria. It’s also a potent vasodilator.

By relaxing and dilating your blood vessels, NO improves blood flow and lowers blood pressure. NO also encourages release of natural analgesics (pain relieving chemicals) in your body. Together, this helps explain why and how acupuncture works to reduce pain.

A number of acupuncture studies have produced negative results. The reason for this may have to do with the way the acupuncture is done. In order for NO release to occur, “de qi” had to be elicited. De qi feels a bit like an electric shock. Westerners are not accustomed to this sensation, which is why many Western acupuncturists won’t do it.

De qi is elicited by twisting the inserted needle. In this study, they twisted the needle for two minutes or until de qi was elicited. They then manipulated the needles for two minutes every five minutes, for a total of 20 minutes each treatment. Heat can also amplify the effectiveness of the treatment and, here, the application of heat also increased NO release at the acupoints.

A number of studies support the use of acupuncture for pain. A large, landmark study11,12 published in 2004, which assessed whether acupuncture might work for osteoarthritis pain, produced remarkably positive results.

A total of 570 patients diagnosed with osteoarthritis of the knee were enrolled for this 26-week-long trial — the longest and largest randomized, controlled phase III clinical trial of acupuncture ever conducted. None of the participants had tried acupuncture before, and none had had knee surgery in the previous six months. Nor had they used steroid injections.

The participants were randomly assigned to receive one of three treatments:  acupuncture, sham acupuncture or self-help strategies recommended by the Arthritis Foundation (the latter served as a control group). Significant differences in response was seen by week eight and 14, and at the end of the trial, the group receiving real acupuncture had a 40 percent decrease in pain and a nearly 40 percent improvement in function compared to baseline assessments — a 33 percent difference in improvement over the sham group.

According to the late Dr. Stephen E. Straus, who served as the first director of the National Center for Complementary and Alternative Medicine (NCCAM), which is a part  of the National Institutes of Health:13

“For the first time, a clinical trial with sufficient rigor, size and duration has shown that acupuncture reduces the pain and functional impairment of osteoarthritis of the knee. These results also indicate that acupuncture can serve as an effective addition to a standard regimen of care and improve quality of life for knee osteoarthritis sufferers.

NCCAM has been building a portfolio of basic and clinical research that is now revealing the power and promise of applying stringent research methods to ancient practices like acupuncture.”

Other Evidence Showing What Acupuncture ‘Does’

Boosting NO release isn’t the only mechanism by which acupuncture reduces pain. Previous research suggests acupuncture stimulates your central nervous system to release natural chemicals that alter bodily systems, pain and other biological processes. In 2003, the World Health Organization (WHO) conducted an extensive review and analysis of clinical trials involving acupuncture.14 According to this report,15 acupuncture:

According to the WHO’s analysis, “Some of these studies have provided incontrovertible scientific evidence that acupuncture is more successful than placebo treatments in certain conditions.” The report again confirmed its benefits for pain, saying:

“The proportion of chronic pain relieved by acupuncture is generally in the range 55–85 percent, which compares favorably with that of potent drugs (morphine helps in 70 percent of cases) and far outweighs the placebo effect (30–35 percent)”

In the BBC documentary, “The Science of Acupuncture,” which originally aired in 2015, a team of researchers conducted an experiment that had never been done before. Using high-tech MRI imaging, they visually demonstrated that acupuncture has a very real effect on the brain. Acupuncture, it turns out, does something completely unexpected — it deactivates certain parts of the brain, particularly in the limbic system, decreasing neuronal activity, opposed to having an activating impact.

Their experiment also clearly showed that superficial sham needling does not have this effect. Your limbic system is associated with the experience of pain, adding further evidence that something unique happens during acupuncture. It quite literally alters your experience of pain by shutting down these deeper brain regions.

Another Simple Way to Boost NO Production

As mentioned, NO can help reduce pain, and a simple way to boost your body’s NO production is by performing high intensity exercises. In the video above, I demonstrate an updated version of the “nitric oxide dump” exercise developed by Dr. Zach Bush. If you have previously watched this video, please review it again as I recently updated it to correct a couple of errors and omissions that sneaked into my previous video.

You don’t need any weights, and all it takes is three minutes, two to three times a day, with at least two hours between sessions. A key component I forgot in my earlier video is to make sure you’re breathing through your nose and not your mouth.

I am convinced that this gentler strategy — although it has not been evaluated or compared to other high intensity interval training protocols (HIIT) — is a far healthier strategy to obtain the benefits of HIIT without any of the downsides. I only wish I had known about this more effective approach earlier. Depending on the type of pain you’re struggling with, you might conceivably be able to control it through this natural NO boosting exercise.

Other Nondrug Solutions for Pain Relief

There are many other ways to address pain beside acupuncture. Below is a long list of suggestions. Clearly, there are times when pain is so severe that a narcotic pain reliever may be warranted. But even in those instances, the options that follow may allow you to at least reduce the amount you take, or the frequency at which you need to take them.

However, while naproxen may be a better alternative to narcotic painkillers, it still comes with a very long list of potential side effects,17and the risks increase with frequency of use, which is why I discourage anyone from taking them, especially long term. It would be far better to try some of the nontoxic options below. 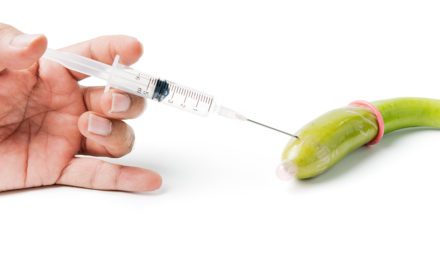 Needles in your penis 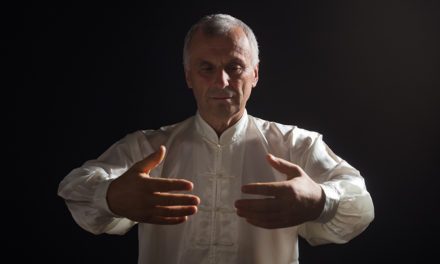