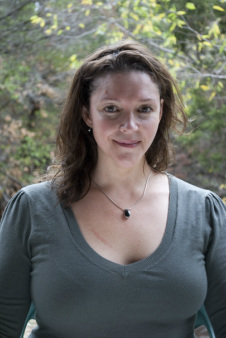 A Native Texan, Denise grew up in the Corpus Christi area and moved to Kerrville in 1995 to earn her BA in Biology from Schreiner University. Denise moved to Austin in 1999 and has been a local resident ever since.  She has worked in the IT department at a national medical lab for the past 12 years where she works directly with physicians offices to set up electronic medical-records, also known as EMR systems.
In 2007 she began the Masters program at AOMA: Graduate School of Integrative Medicine. She completed the four-year program in December 2011 and is now a Diplomat of Oriental Medicine and a Licensed Acupuncturist. While attending AOMA, Denise also began her studies with the Upledger Institute learning cranial sacral therapy and she is a practitioner of this modality of healing as well.  During her education at AOMA she completed over 1,000 hours of clinical experience.  Her clinical experience includes working in an community care facility, Seton Topfer, as well as interning at the Kerrville Folk Festival, where she treated staff, and musicians attending the festival. Sports clinics were attended in which the opportunity to work on some of the athletes at the event and cosmetic acupuncture was studied at AOMA.