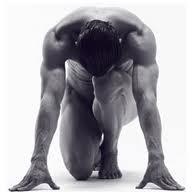 A Little Background On Erectile Dysfunction

Male sexual function involves a cascade of intricate biological events that enable the repeatable occurrence of male arousal, erection, orgasm, and de-tumescence. In order to achieve total sexual response, a synchrony of anatomical, vascular, neurologic, psychological, endocrine and systemic factors must fall into place. Any disruption of this sequence can result in varying sexual dysfunction results. Erectile dysfunction (ED) effects 160 million men worldwide and throughout history treatments have evolved from worshiping phallic gods to herbal formulas, pharmaceuticals, pumps and prosthetics.1Few medical conditions have had as great an impact on the masculine psyche as erectile dysfunction.1 Reviewing modern Western medical ideals as well as ancient Chinese Medical theory, erectile dysfunction can be understood in systematic ways that provide a range of treatment options for the individual.

Erectile dysfunction (ED) is the inability to obtain or maintain an erection to engage in penetrative sex to satisfaction.2 Although impotence was the historic term used for this condition, impotence can also relate to the loss of mental and physical stature without relating to sexual function, therefore erectile dysfunction is the preferred medical term. To put in perspective the scope of this disorder, the Massachusetts Male Aging Study determined that ED was present in 50% of men forty to seventy years of age.3 The evidence shows that ED is a condition that is inevitable with aging, as it is the result of systemic disorders such as hypertension and diabetes.3

Due to the fact that animals copulate quickly and erection and ejaculation is almost simultaneous, the extended protraction of the male sexual organs may have evolved only for humans1, ED therefore is only relevant to humans. (This is good news for the laboratory rats.)

The virility of manhood has been an important theme throughout history, as expressed in ancient and contemporary literature. Those afflicted with ED have been exposed and humiliation at times, which has significantly impacted societies throughout the ages. John Ruskin, a 19th Century author, had a mental breakdown and retreated from a life of fame to one of isolation after his marriage was publicly annulled from non-consummation due to ED, and Henry the VIII’s Britain was unstable due to his inability to father male heirs. More contemporarily, Bob Dole, a presidential candidate will live in infamy due to his public admittance to ED. The loss of potency for many men signifies a loss of self worth; therefore, it is not surprising how much energy has been taken to find a cure. However, due to the sensitivity and personal nature of the condition, and the lack of desire to admit to ED, the frequency of the condition has not been well recorded.

Before more scientific cures were investigated, spiritual and religious rituals were used as the primary treatment modality for ED. Many humans worshiped harvest gods with phallic symbols, such as those found in the ruins of Pompeii. Judeo-Christian cultures used priesthood as a way to rectify the Bible’s belief that ED was divine retribution, and Aphrodite was sought by Ancient Greeks for deliverance from sexual dysfunction. More barbarically, in medieval times women were often blamed and burnt as witches for placing curses that invoked the devil to strike impotence.1

In early Western medicine, Hippocrates (460-370bc) concluded that the male erection was due to air (pneuma) and “vital spirits” flowing into the penis; he cited as the causes of ED: blood phlegm, yellow bile, and black bile along with the elements of earth, air, fire and water. The reflex erection was observed by Leonado de Vinci when he noticed that men who were hung developed an erection and concluded that it was not air but blood that filled the penis.1 Others went on to find injecting water into the internal iliac artery generated erections in human cadavers. Early science found that electro-stimulation of the pelvic nerves caused tumescence, indicating a neurovascular response.1 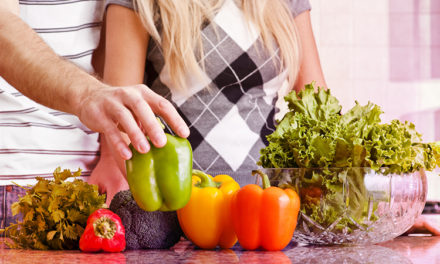